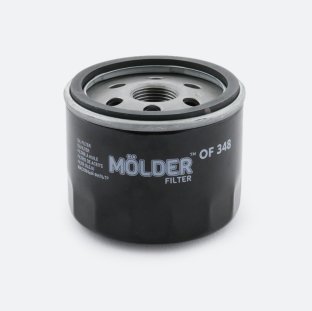 An oil filter is a filter designed to remove contaminants from engine oil, transmission oil, lubricating oil, or hydraulic oil. Oil filters are used in many different types of hydraulic machinery. A chief use of the oil filter is in internal-combustion engines in on- and off-road motor vehicles, light aircraft, and various naval vessels. Other vehicle hydraulic systems, such as those in automatic transmissions and power steering, are often equipped with an oil filter.
Early automobile engines did not use oil filters. For this reason, along with the generally low quality of oil available, very frequent oil changes were required. The first oil filters were simple, generally consisting of a screen placed at the oil pump intake.
On November 27, 1923, American inventors George Greenhalgh and Ernest Sweetland filed U.S. Patent #1721250 for an automotive oil filter and called it the Purolator, a portmanteau of "pure oil later". The Purolator oil filter was the first oil filter invented for the automobile and revolutionized the filtration industry. The Purolator oil filter is still in production today. This original invention was a bypass filter: most of the oil flowed directly from the oil pan to the engine's working parts, and a smaller proportion of the oil was sent through the filter via a second flow path in parallel with the first. The oil was thus filtered over time.
Modern bypass oil filter systems for diesel engines are becoming popular in consumer applications, but have been in commercial use for some time due to potential reduction in maintenance costs. Oil filters are generally located near the middle or bottom of the engine.

A particulate air filter is a device composed of fibrous materials which removes solid particulates such as dust, pollen, mould, and bacteria from the air. Filters containing an absorbent or catalyst such as charcoal (carbon) may also remove odors and gaseous pollutants such as volatile organic compounds or ozone. Air filters are used in applications where air quality is important, notably in building ventilation systems and in engines.
The cabin air filter is typically a pleated-paper filter that is placed in the outside-air intake for the vehicle's passenger compartment. Some of these filters are rectangular and similar in shape to the combustion air filter. Others are uniquely shaped to fit the available space of particular vehicles' outside-air intakes.
Being a relatively recent addition to automobile equipment, this filter is often overlooked, and can greatly reduce the effectiveness of the vehicle's air conditioning and heating performance. Clogged or dirty cabin air filters can significantly reduce airflow from the cabin vents.
The poor performance of these filters is obscured by manufacturers by not using the MERV rating system. 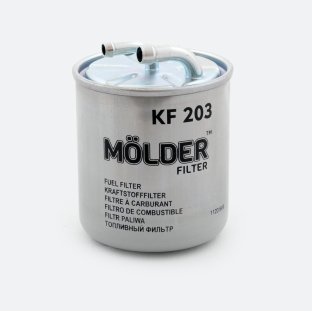 A fuel filter is a filter in the fuel line that screens out dirt and rust particles from the fuel, normally made into cartridges containing a filter paper. They are found in most internal combustion engines.
Fuel filters serve a vital function in today's modern, tight-tolerance engine fuel systems. Unfiltered fuel may contain several kinds of contamination, for example paint chips and dirt that has been knocked into the tank while filling, or rust caused by moisture in a steel tank. If these substances are not removed before the fuel enters the system, they will cause rapid wear and failure of the fuel pump and injectors, due to the abrasive action of the particles on the high-precision components used in modern injection systems. Fuel filters also improve performance, as the fewer contaminants present in the fuel, the more efficiently it can be burnt.
Fuel filters need to be maintained at regular intervals. This is usually a case of simply disconnecting the filter from the fuel line and replacing it with a new one, although some specially designed filters can be cleaned and reused many times. If a filter is not replaced regularly it may become clogged with contaminants and cause a restriction in the fuel flow, causing an appreciable drop in engine performance as the engine struggles to draw enough fuel to continue running normally.
Some filters, especially found on diesel engines, are of a bowl-like design which collect water in the bottom (as water is more dense than diesel). The water can then be drained off by opening a valve in the bottom of the bowl and letting it run out, until the bowl contains only diesel. Many fuel filters contain a water sensor to signal to the engine control unit or directly to the driver (lamp on dashboard) if the water reach the warning level. It is especially undesirable for water in fuel to be drawn into a diesel engine fuel system, as the system relies on the diesel for lubrication of the moving parts, and if water gets into a moving part which requires constant lubrication (for example an injector valve), it will quickly cause overheating and unnecessary wear.
This type of filter may also include a sensor, which will alert the operator when the filter needs to be drained. In proximity of the diesel fuel filter there might be a fuel heater to avoid the forming of paraffin wax (in case of low temperatures) inside the filtrating element which can stop the fuel flow to the engine.

The cabin air filter is typically a pleated-paper filter that is placed in the outside-air intake for the vehicle's passenger compartment. Some of these filters are rectangular and similar in shape to the combustion air filter. Others are uniquely shaped to fit the available space of particular vehicles' outside-air intakes.
The combustion air filter prevents abrasive particulate matter from entering the engine's cylinders, where it would cause mechanical wear and oil contamination.
Most fuel injected vehicles use a pleated paper filter element in the form of a flat panel. This filter is usually placed inside a plastic box connected to the throttle body with ductwork. Older vehicles that use carburetors or throttle body fuel injection typically use a cylindrical air filter, usually a few inches high and between 6 inches (150 mm) and 16 inches (410 mm) in diameter.
This is positioned above the carburetor or throttle body, usually in a metal or plastic container which may incorporate ducting to provide cool and/or warm inlet air, and secured with a metal or plastic lid. The overall unit (filter and housing together) is called the air cleaner.